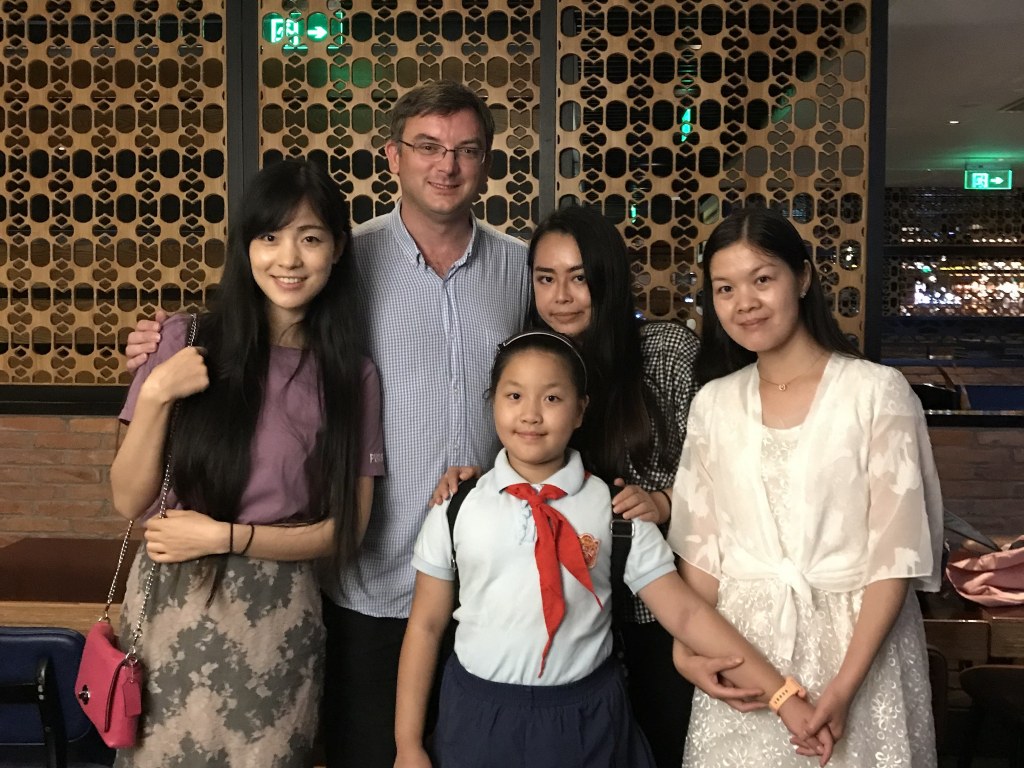 In the evening G and I arrived back in Pudong. 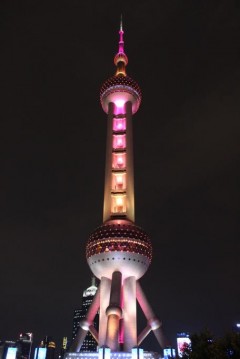 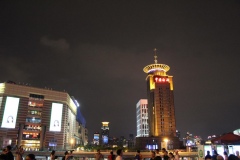 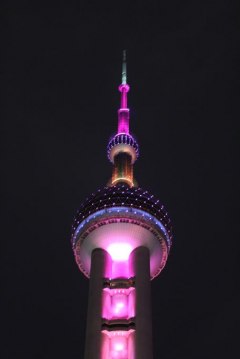 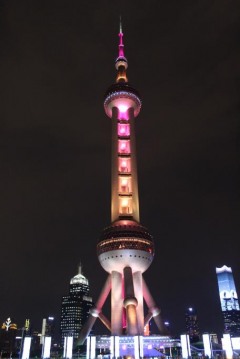 We met up with LC and a bit later Wei Xiao Wei (微小薇) joined us.  Wei Xiao Wei is known as a 网红人 in China (literally, a “Network Red Person” – an Internet Celebrity).  I had helped her with some English when she had to appear on an English speaking news programme in China.

I really wasn’t expecting to meet her, and right up until she arrived I was thinking maybe it was some big joke… But then, she was outside the restaurant and I was giving her a hug! 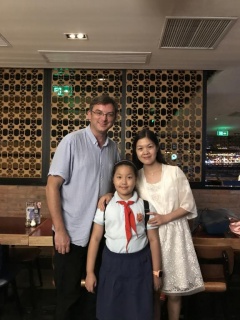 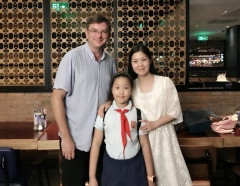 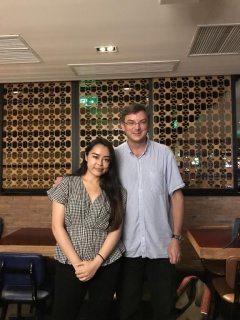 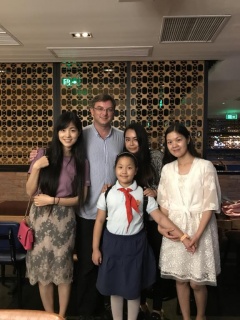 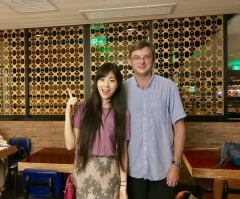 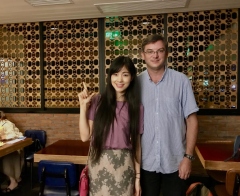 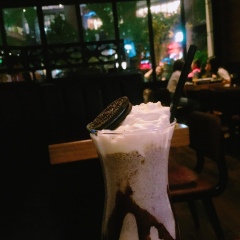 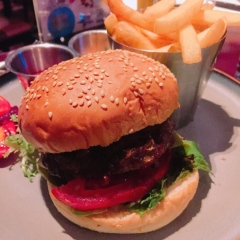 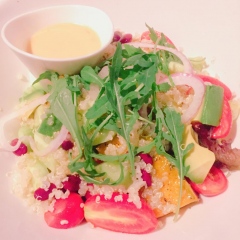 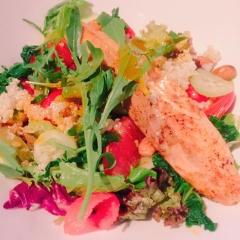 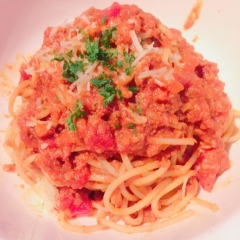 We had a good meal, trying to chat with each other in broken Chinese and English, and afterwards we went for a walk around the walkway next to the Oriental Pearl Tower, and then back to the metro. 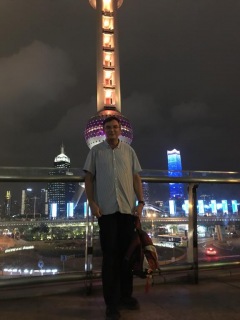 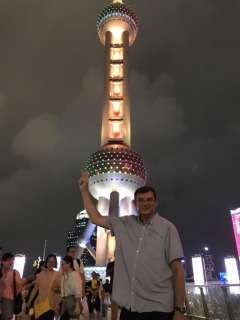 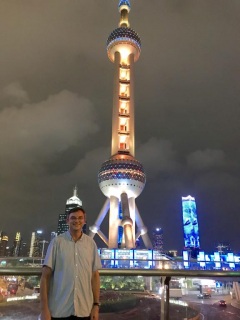 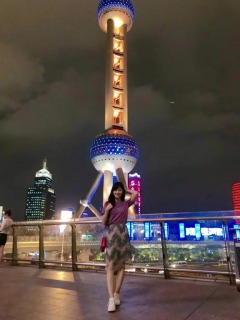 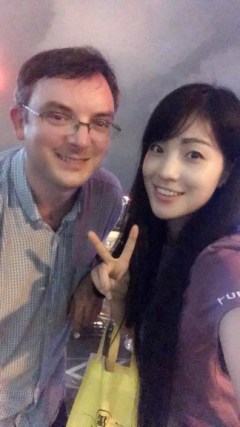 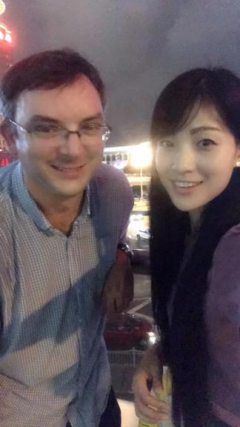 I walked back to the hotel feeling rather overwhelmed, but also a little sad.  Tomorrow I’ll be leaving Shanghai to go to Hangzhou, and I would love to have spent more time with some folks here, and to meet up with more friends.