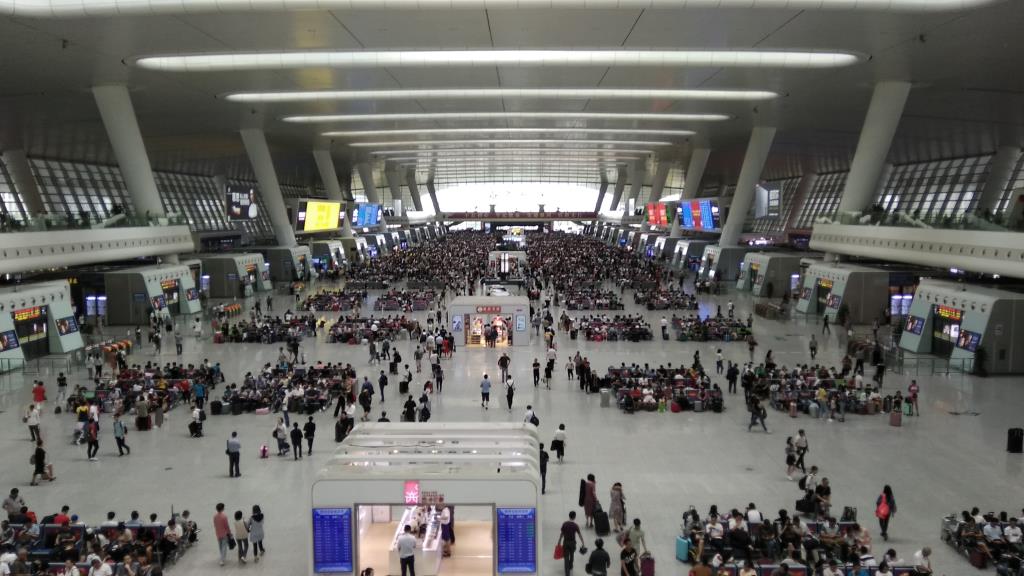 Heading to Putian today.  I picked up my train ticket and got through security with an hour to spare.  While waiting in the very short 取票排队 (ticket collection queue) I heard a couple of 外国人 (foreigner) women in front of me say they only had seven minutes…  They went to the front of the queue and somehow indicated to a girl near the front that they didn’t have much time, and she let them go in front.  A couple of minutes later, the lady who was now in front of me realised what had happened and reached forward to tap them on the shoulder.  They began to indicate again that they had no time, but then it was their turn…  As they left passed the queue I heard them saying “对不起，对不起” (sorry, sorry).   Somehow I can’t believe they caught their train. Perhaps they hadn’t realised they still needed to go up two floors and get through security.  The evil part of me hopes they missed it.  All the websites say to allow an hour and a half.  But then, I don’t know why they were so late; it might not have been their fault.  So I know I need to be more merciful.

I have discovered the second 火车站 (train station) where 麦当劳 (MacDonald’s) doesn’t serve 薯条 (french fries).  Why?  I went to KFC again.  Struggled a bit with understanding the lady cashier, but I finally realised she was telling me that I needed to wait a few minutes.  I had forgotten how big their portions are, and wished I hadn’t ordered two!

In between MacDonald’s and KFC I saw an unfamiliar bird flying around the station by the big window.  Sadly I couldn’t get a good photo to identify it.

At the coffee shop another 外国人 (foreigner) ordering a Vanilla latte, the barista asked if he wanted a medium or big cup.  He obviously didn’t understand and just nodded and shrugged.  The barista looked at his colleague not knowing what to do.  I asked the guy in English and, suddenly realising the question, he just said 中 (medium).  Then he said to me “it’s very hard without Chinese”.  I was happy to be able to help someone (actually helping both of them), and happy that my understanding is improving, even though it is difficult at times, like in KFC.

The other funny thing was that something was wrong with the station display, showing clearly that it runs on Windows as it kept flicking between the train times and the Windows logo. 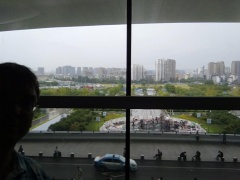 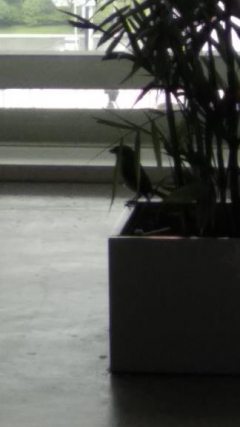