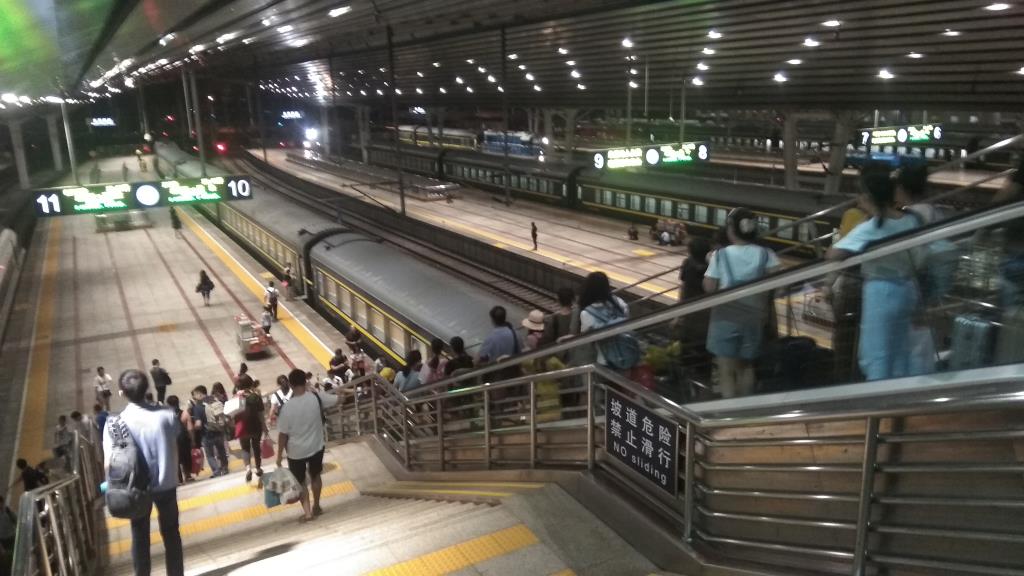 Boarding the train, the numbering system was a little confusing, as there are three numbers outside each door, a big one and two smaller ones. Eventually I worked out that the ticket number referred to the little numbers, which is the berth (bed) number as there are two. There were another couple of English speakers who were also confused, as they had been expecting a cabin with four beds! They were going to look for a member of staff, but I told them not to complain, because they must have been upgraded from “soft sleeper” to “deluxe soft sleeper”. 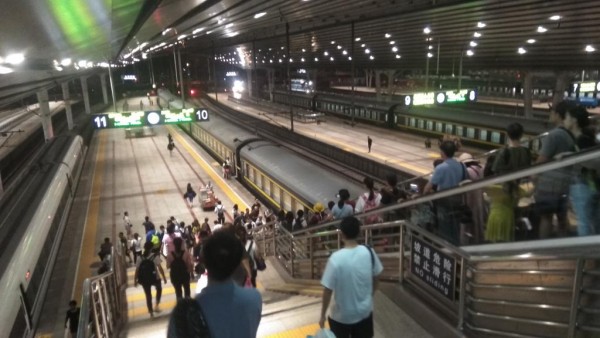 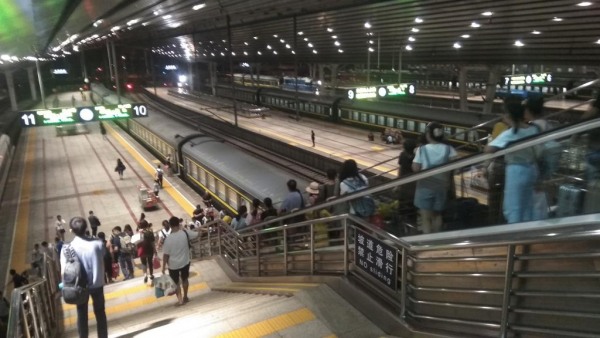 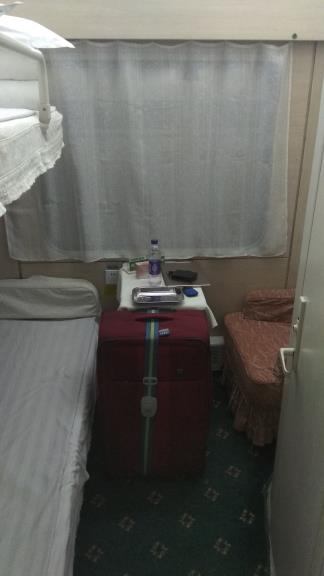 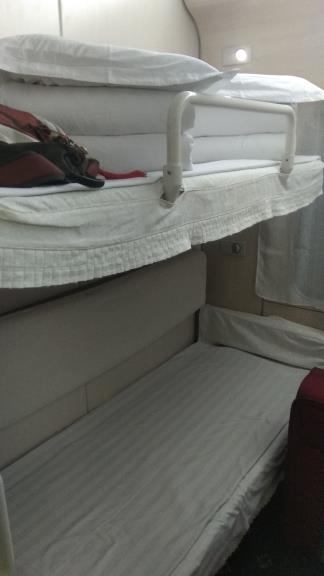 Sitting in the armchair in my cabin, I waited for my travelling companion, expecting a man. I guess I assumed that the booking company asks the passenger’s gender so that they don’t mix them. A little while later there was some discussion in Chinese outside my door explaining that this was their number. It seems this Chinese lady had gone to the wrong cabin, also confused by the numbering system, and so they moved their things in. I was a little worried at first that I would be sharing a room with a woman and her grand-daughter, but she didn’t seem to mind. 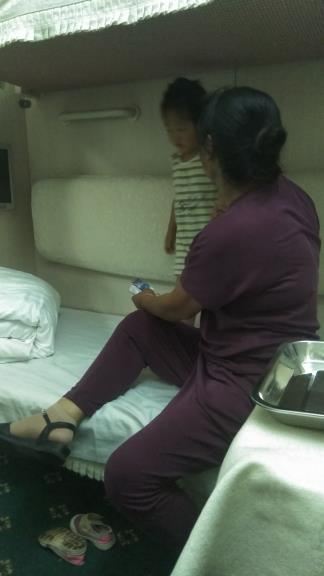 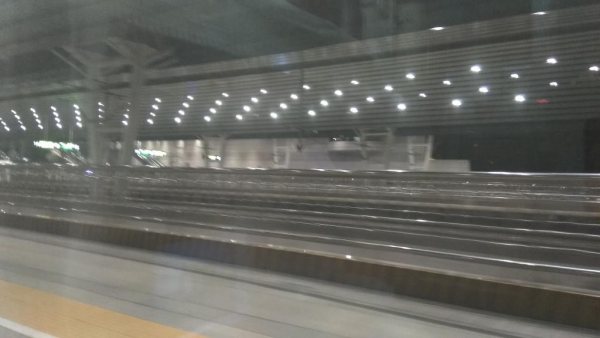 At least the little girl was very cute, and quite well behaved. I was a bit worried that maybe she wouldn’t sleep, or that she might be too upset or bored because the TVs on the train were not working, but after a little while, the grandma laid her down and she fell asleep almost immediately.

I don’t know how much I slept in the end, but I woke up quite early and didn’t really feel tired. We were approaching Xi’an. Another hour or so.

It was a fun experience on the sleeper train, but at times awkward with trying to haul luggage up into the storage space, then realising I needed my pyjamas, and then clothes for the morning, so having to get it out again. I am very glad I packed light on this trip.